PARK CITY, Utah, Oct. 11, 2019 /PRNewswire/ — Brydge has recently filed a lawsuit against Sentis, the brand behind the Libra keyboard with trackpad for the iPad Pro, and Kickstarter for facilitating the sale of the Libra keyboard. This legal action has been taken by Brydge to prevent the unauthorized use of its patented technology. 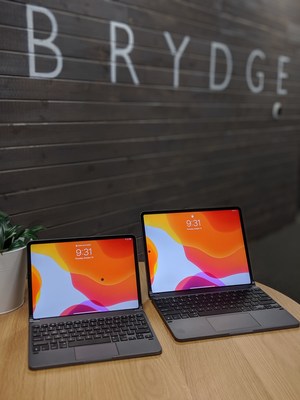 Brydge is a leader in high-quality keyboards and peripherals for Apple, Google, and Microsoft. It has lead the way in innovation for the tablet keyboard category and through this innovation has built up considerable intellectual property.

«Brydge has built a strong reputation through its focus on innovation, unique design and high quality. We take the protection of our intellectual property very seriously and we will utilize all available avenues to protect it now and in the future,» says Nick Smith, Co-CEO and Founder of Brydge.

Brydge’s patented technology relates to the connection of a keyboard to a tablet, which allows the seamless transition from one to another.

«As detailed in the legal filing against Sentis (OGadget), we feel the Libra product directly infringes our patent in both form and function and we will ensure our legal rights are fully protected,» said Mr Smith.

Brydge’s keyboards for Microsoft Surface and Google Pixel Slate have incorporated a trackpad since launch (as early as January 2017) and it is no secret that Brydge has wanted to incorporate this into its iPad models.

Brydge has had designs for an iPad keyboard with trackpad since 2018 and has had working prototypes of both the 11-inch and 12.9-inch versions since spring of this year.

With mouse input still an accessibility feature and not mainstream in iPadOS, in the coming weeks Brydge will be announcing release plans for the Brydge Pro+ that will launch, and ship in mid Q1 2020.

Brydge will continue to work with its legal team to ensure its intellectual property is fully protected.

iPad is a trademark of Apple Inc.